One Simple Objective for us all

The Challenge – Finding a Match

Keeping Children safe from harm requires us all to act responsibly. This agency takes child safeguarding very seriously and our responsibilities to the children we care for is central to what we do. We must never forget that.

Matching children with a family is a complex decision. We encourage families to have an open mind about what types of children they can foster. Bear in mind that everyone wants to find the most suitable place for each child.

There are many factors to consider such as age, sex, ethnic background, religion to name a few, but we never lose sight of the fact that to keep children safe they will be better placed in a foster family tonight than where they are now!

The Solution – Foster a Child In London!

One of the most important things in the care of young people is providing them with an environment where we can keep children safe and secure. When we match children to foster families we try hard to really understand the needs of the child and the kind of family that is most likely to help. We talk with carers about the placement and how this might impact their family before placements are made, addressing issues and discussing any development needs.

Our role is to offer the most suitable match from our agency. The Local Authority social worker takes into account the child’s views and will decide from a number of options which suits their child the best. This process needs to be based on the best interests of the child. Afterall, we are all ultimately working for them and their wellbeing!

Could You Keep These Children Safe? 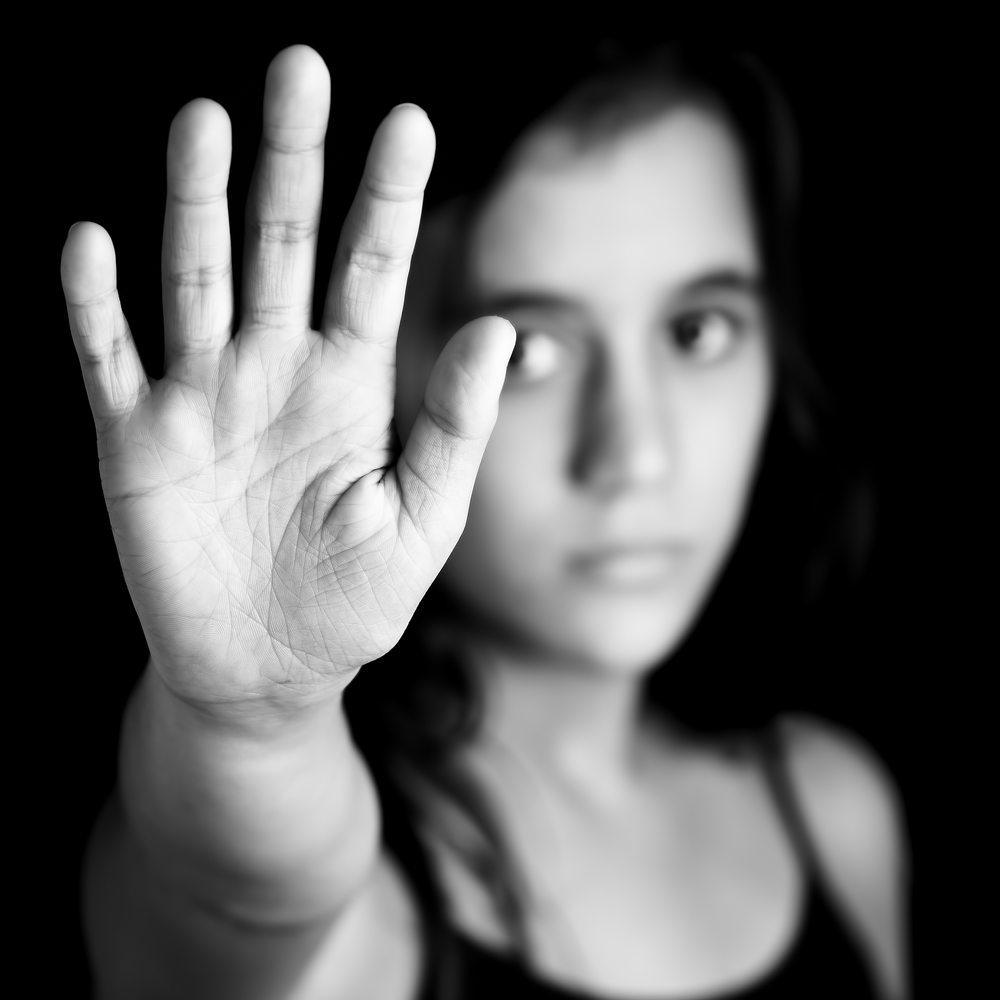 Judy has witnessed domestic violence between her parents. Her mother is in hospital and her father in police custody. She has never been in care before. She is an only child who travelled to the UK with her parents two years ago from Bangladesh.

She speaks some English but she needs support at school. She likes to attend dance classes at her school. Of course she will need to continue to attend her school, visit her Mum in hospital regularly and maybe later her Dad as well.

Can You Help Her? 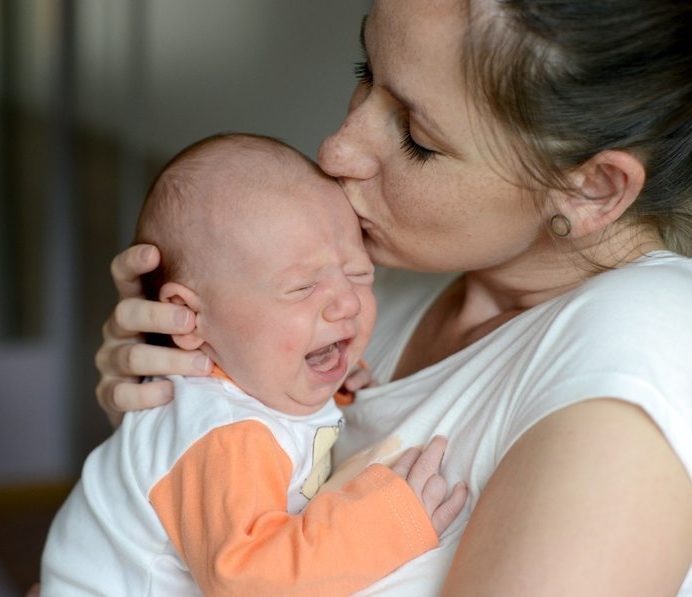 Ash was living with her parents when she told them that she was pregnant. Their relationship was already fragile. She moved out to stay with her boyfriend before the birth. He was not safe and was violent towards her and the baby but she is insisting on seeing him despite the risk to her child. Now she needs your help to learn how to protect her son from possible harm eventhough that might mean keeping him away from her boyfriend. If she does not listen, the local authority will remove the baby from her.

Can You Help Them? 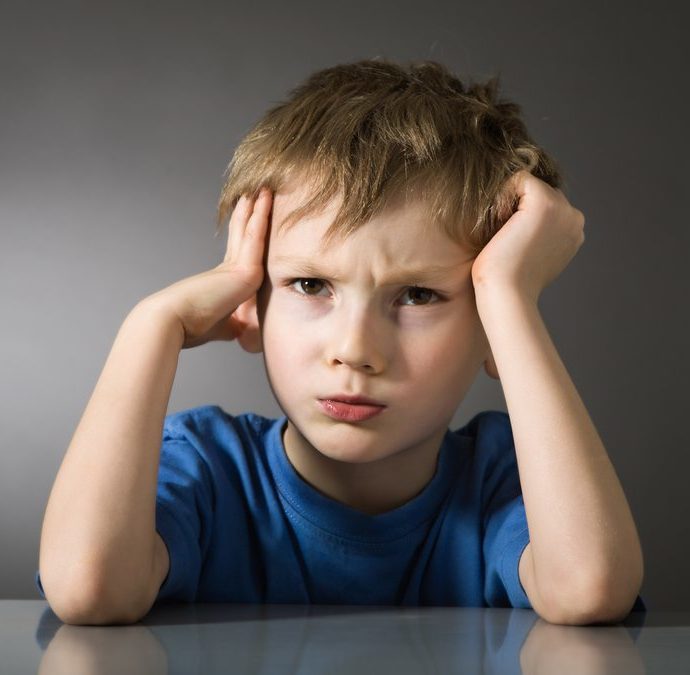 Samuel does not understand fully why he is in care. His Mum loves him and she lives on her own in a house not far away. She never hurt him or did anything bad.

His Mum has a mental health condition that means she cannot take care of him. She is also depressed and has threatened to take her own life. So even though everything seems fine now Samuel is at risk.

Samuel still attends the same school he did when he lived with his Mum and he goes to see her after school for a couple of hours each day before he comes to you.

Can You Help Him? 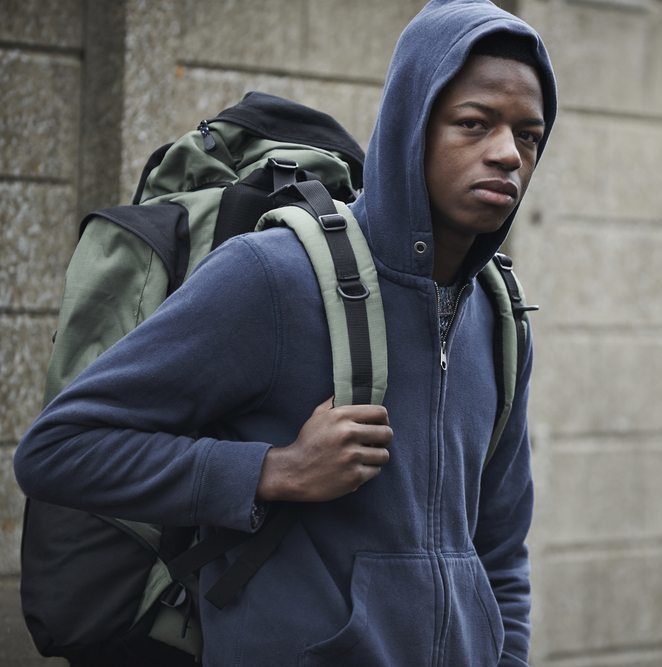 Isaac is from Sudan. He has had a long journey to the UK as an asylum seeker, we was trafficked. He speaks English but he is very quiet. He might be scared to say something that will lead to him being returned to Sudan where he was badly mistreated.

Isaac is being tracked by the Home Office who are processing his asylum application. This will take a while to complete and Isaac needs somewhere to stay and a school to improve his English. Later he might be allowed to stay and he will need help to set up a new life in the UK.

Can You Help Him? 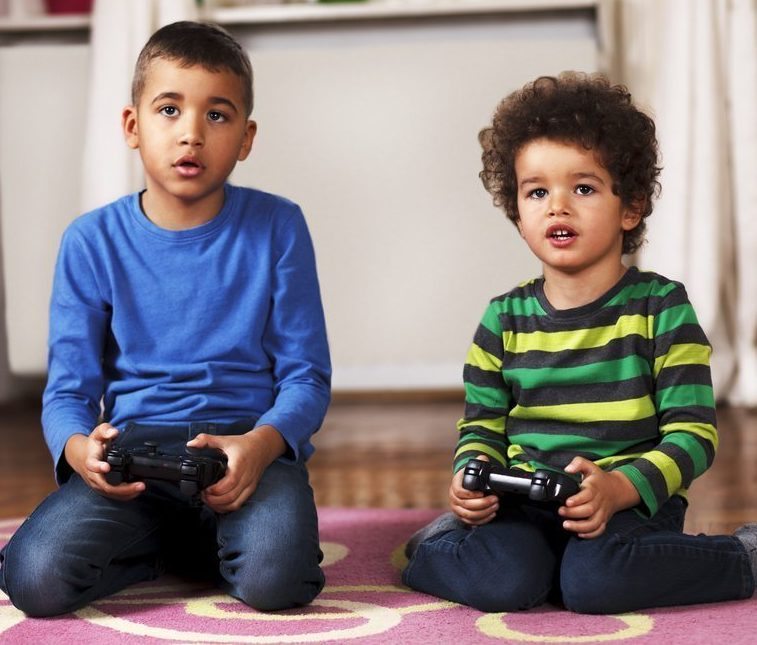 Bill and Sean are half brothers with the same Mum. They have been in separate emergency foster placements  after their Mum was found in their home passed out on a drug overdose. She recovered but her children were taken into care.

Bill has some learning difficulties but he going to mainstream school. You will need to take him there each day though and its three miles from your home. Sean will change school to one nearer to your home.

Bill and Sean really missed each other while they were in separate placements for the last month only having weekly contact.

Can You Help Them?

Children to Match per week

A family home should provide a safe environment for a young person that they may not have had previously. Foster children need to have their own room in your home. However safe and secure they feel, foster children still need space away from the situation they are in.

The disruption, often caused by previous instability, means many children in care change schools more often than most. Fostering provides a stability to allow young people to focus on their education. Living in a descent environment allows young people to learn to have a positive attitude to employment and community in later life.

Children need to learn about healthy lifestyles and their previous childhood may not have valued that. Foster care provides an opportunity to nurture young people and teach them to look after themselves.

Foster families enable young people in care to take part in enjoyable activites and family occasions that may not have been possible in their previous childhood environment. Sometimes the simplest things like sitting down with the family at mealtimes are a new experience.

Children develop positive relationships in a family setting, learning self confidence and an ability to cope with life’s challenges.  Young people learn the value of positive behaviour and law abiding habits. 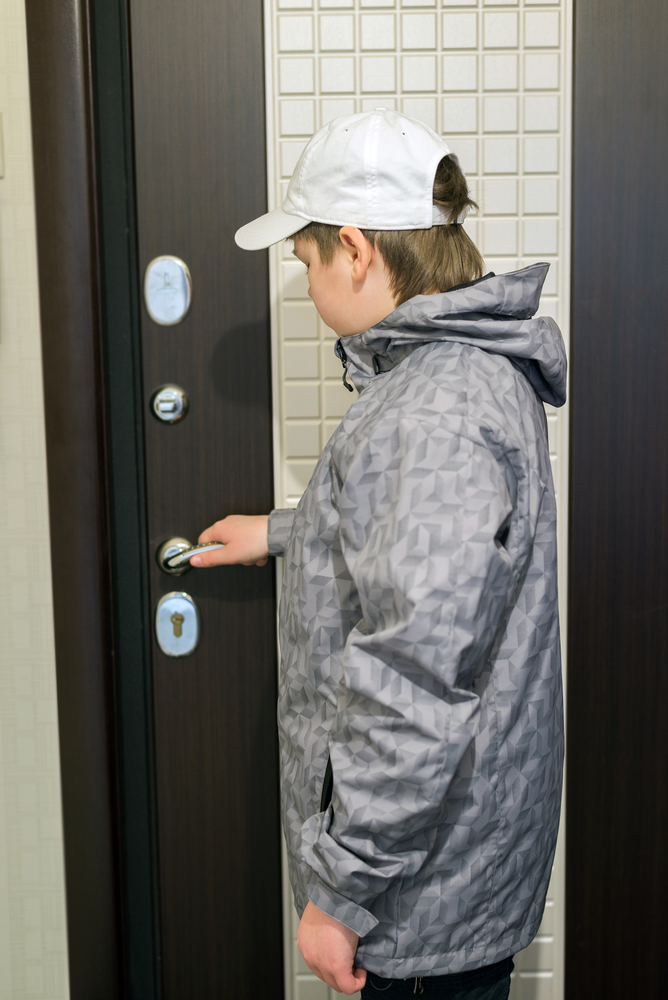 The Results Were Amazing

Through intelligent matching and the dedication of our foster families and staff we are able to help children and young people get a more stable start to life than they otherwise would.

We minimise unplanned endings and maximise achievement for young people. Finding them a place they can call home and helping them to come to terms with their lives helps them fulfil their full potential in life.

Some Examples of How We Keep Children Safe 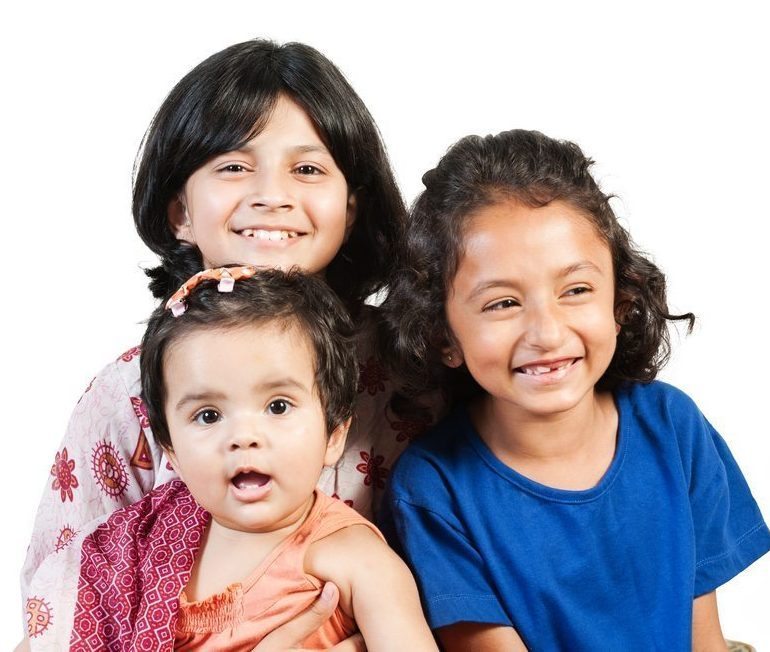 After their parents where unable to look after them anymore in very unusual circumstances, three siblings aged 4,8 ,and 12 (the photo was before that) came to stay with Jasdeep, a single asian carer far away from their home town.

Homer has some learning difficulties which meant that she would attend a special school to help with her needs.

Twelve years later, Taiba and Muna are both in university education. They have visited Pakistan a number of times during their placement and even though they have left care now, Jasdeep still keeps a room for them to visit.

Homer now 16, remains at Jasdeeps home and has a job at the local shops. She will move to independence in a supported living accomodation next year. 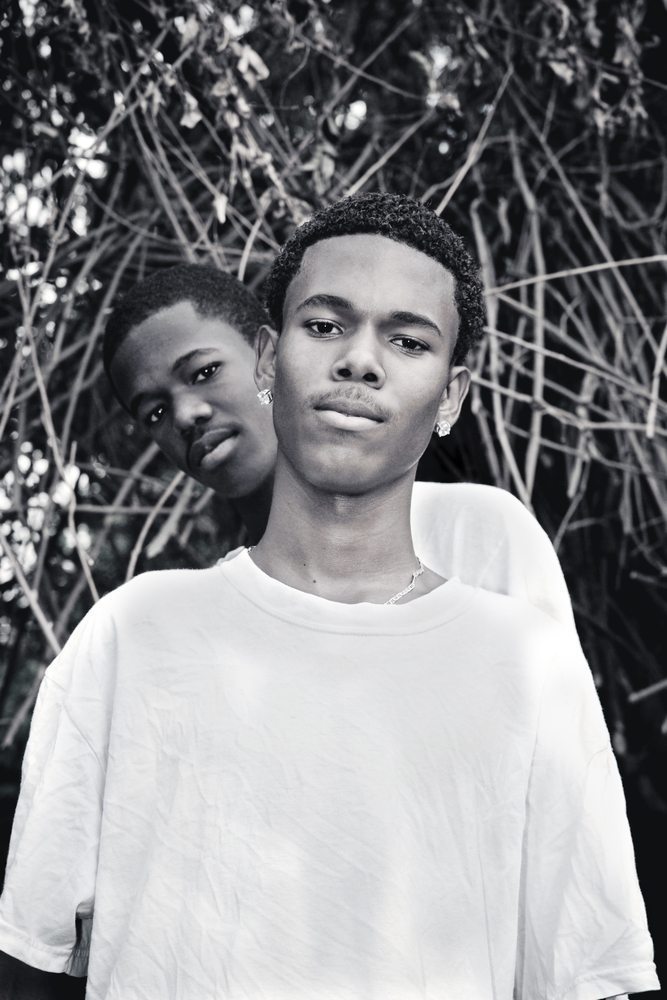 Darren and Joshua were 12 and 13 when they came to Synergy carers. Neil and Martina had a younger birth child who was age 6 at the time.

Darren did all the talking and half brother Joshua was the quiet intelligent type. They were a good team. They had been neglected by their birth parents and needed care and attention to help them feel safe.

Despite being diagnosed with learning difficulties Darren is very good with people and showed some athletic potential. He was given extra help at school. Neil and Martina did a fantastic job opening up Darren’s horizons and introducing him to activites and potential career paths that he could take.

Joshua proved to be a very gifted young man and is now at university studying to become a scientist. Still very brotherly, the two young men have different paths to independence.

Darren is now 20 working for a local sports centre and remains with his carers under a Staying Put arrangement. He will probably move to supported independent living or even share a flat with his brother after he completes university. 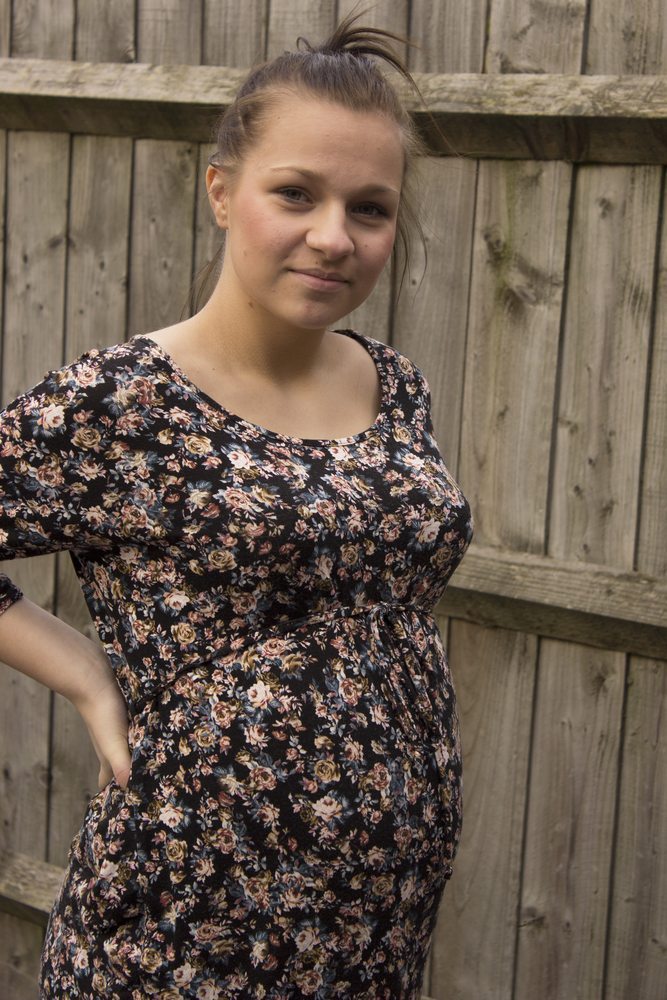 Sharon came into care with Craig and Priscilla before Tom was born. When her parents had found out about her pregancy at age 15, they banished her from the family home. Sharon was scared and alone only weeks before her baby was due.

Craig and Priscilla have lots of experience helping first time and inexperienced mothers in their home. They quickly made her feel safe and started to talk with her about how she felt about her unborn child.

Sharon stayed with Craig and Priscilla for two years after the baby was born. She learned how the responsibility of caring for children would affect her young life. Craig and Priscilla’s care also allowed  Sharon to behave like other young perple her age as well though. She attended school again, got some qualifications in hairdressing and found a job before she moved to independence with Tom.

While making sure that Tom was safe, Craig and Priscilla know that their role is to help Sharon to care for her child. Sharon is a responsible Mum and so Craig and priscilla did not have to step in very often to support Sharon with Tom’s care.

While Sharon is 18 later this year, Tom is going to be three next year and will be going to nursery school himself soon! 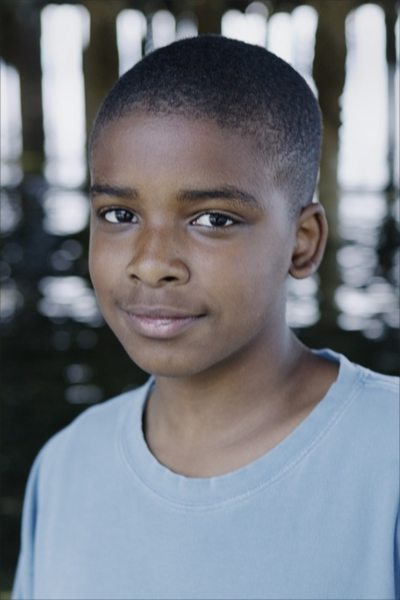 After an abusive upbringing and a couple of previous unsuccessful foster placements, Sean age 12, came to stay with Della and Charlie. They had two grown up children and one was living at home with them.

Sean had regular contact with this mother but she often rejected him and would sometimes try to disrupt the placement with her unkind words.

School was difficult at first. Sean was bullied and found it hard to get his work done. Charlie offered him support with his school work and worked with the school to make sure that the bullies did not get the better of him.

After a while, Sean started to do better at school and he was getting good results but the issues with his mother were still in the background. Sometimes he would be very angry and frustrated about the situation and break things. Each time Della or Charlie would talk him through the issue and then later apply the appropriate sanction if any damage had been caused. Using each incident as an opportunity to learn more about him and for him to learn from this as well.

Sean is 18 now and he has moved to independence where he continues to attend college and comes back to visit most weekends.